Leave The World Better Than You Find It

It’s a simple statement, but one that goes to the core of our work here at Kombi Life.  We want our project to do more than entertain and inspire you, we want you to challenge yourself and ask yourself this one question…How can you have a positive impact on the world during your life?

Watching the TV news for 5 minutes and you may think that the world already has too many problems for you to make a difference; but you do not have to solve 3rd world debt to help move us the right direction.

It all starts with spreading positivity, rather than negativity.

A simple smile, or a kindness shown towards a stranger can have a tremendos impact and knock on effect on other peoples lives.

Do what you can do

When we bought a VW Kombi in Chile we knew that other people would enjoy the experience of traveling in such an iconic vehicle, but most people were travling on public transport, so we started the ‘Hasta Alaska‘ project – to offer free accommodation and adventures to strangers. It was just something that we could do. 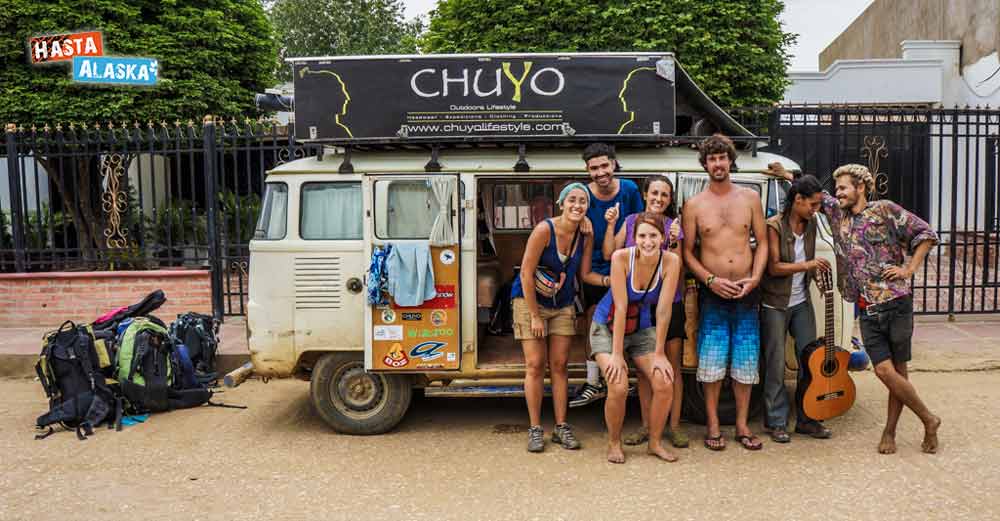 When we met Oscar and his family living in a scrapyard in Southern Mexico he couldn’t afford to pay for his Radiotherapy to treat his cancer, the family had given up hope.  We had been stranded for 5 months in the neighboring garage trying to repair our over-worked Kombi.  We were almost out of money ourselves and felt helpless, but what we could do is share his story.

We started a crowdfunding campaign and raised over $3000 for the family, which meant they were able to move out of the scrap yard and resume Oscar’s radiotherapy.  Oscar made a full recovery from his illness and was able to return to working the fields.

We too have received generosity and support from people that we don’t know via the internet.

Taking more than 100 travelers over mountain ranges across the Americas had a heavy toll on our under-powered vintage Volkswagen.  The result was a skyrocketing maintenance bill, over 12 months living in various mechanics whilst we learned the hard way to perform multiple engine rebuilds.

After spending the last of our funds on a replacement engine in Costa Rica followers of our travel series pooled together to send us parts, supplies, and funds to get the Kombi restored to expedition standard in Mexico.

We wanted to repay the kindness that we received, but as minimalist nomads, we had nothing of value to give back, except perhaps our Kombi. 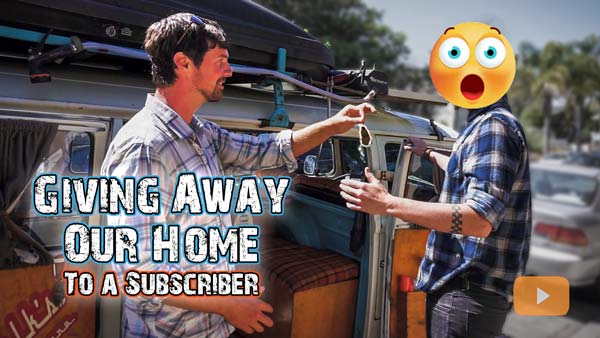 A Hard Thing To Do

We promised that we would randomly select one of those supporters to be the new owner of our Kombi once we completed our Chile to Alaska expedition.

We also decided to save 1/4 of those donations and pay it forward to worthy cause that we encounter on our travels.  To be 100% honest, this was a hard thing for us to do.  Giving away our home, adventure-wagon and only valuable possession was a serious test for our belief in experiences over possessions.  We’re not rich people, this is a difficult thing for us to recover from.

However our project reaches millions of people and we want it to have a positive impact on the viewers, in turn encouraging others to pay-forward what they can to make the world a better place, even if that is just one kindness at a time.

Right now we have $2645 USD in the pot ready to pay forward on our next adventure.  We’d rather gift this money to people we actually meet, rather than a faceless organization, that way we can film and document the impact it has. Stay tuned for updates on this page. 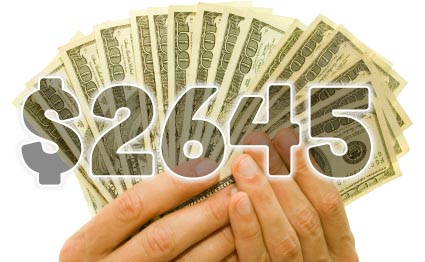 Thanks to the Kombi Life Subscribers who recently bought Kombi Life Stickers – all proceeds were donated to the Australian Bushfire Crisis!
Together we raised $900, nice one amigos!