Yes the Hasta Alaska story has taken another twist, the rumors are true. Kombi Life was struck with yet another disaster that has tested the patience and resilience of the Kombi Crew!

Our beloved Kombi, our home, caught on fire! Yep, crazy huh?! After all the drama of getting banned from the USA in the previous episode and all the mechanical issues we’ve encountered along the way we honestly didn’t know what to do and thought that this was the end of the Hasta Alaska project.

But we couldn’t just give up without a fight and with the help from some awesome friends and supporters of Kombi Life we started planning for the Kombi Rescue.

Here’s how it went down… 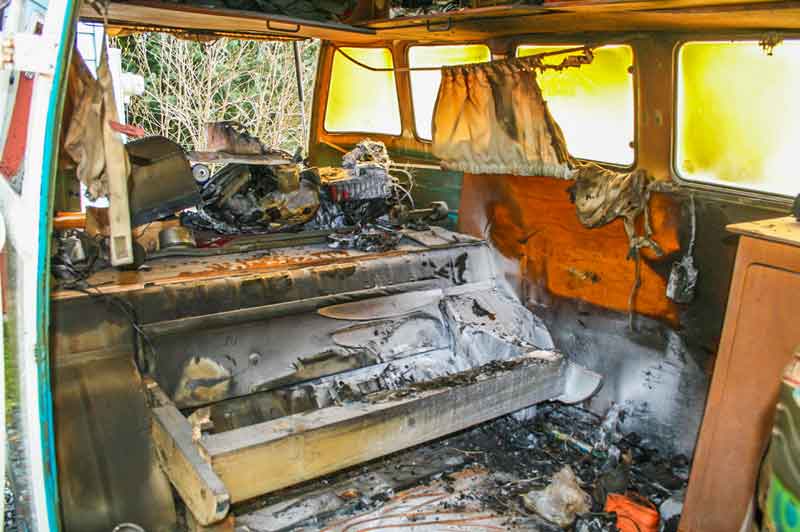 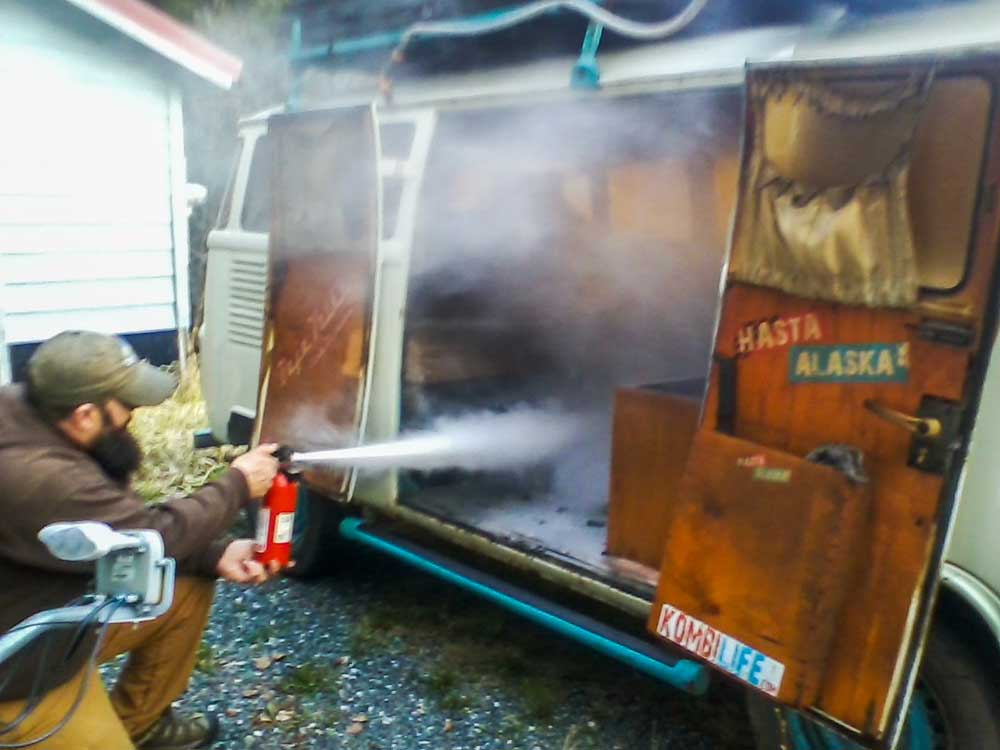 Kombi Fire Fighter Chad – Seriously this guy is a hero! After hearing from his neighbor that there was smoke coming from the Kombi, Chad jumped in his car and drove 10 miles to save Co’Pito from burning to the ground.  Kombi Crew members can hear the exciting story about how Chad put out the fire exclusively via Patreon in this bonus video.

If you were wondering how the hell a bus caught fire on it’s own, in Alaska over winter… 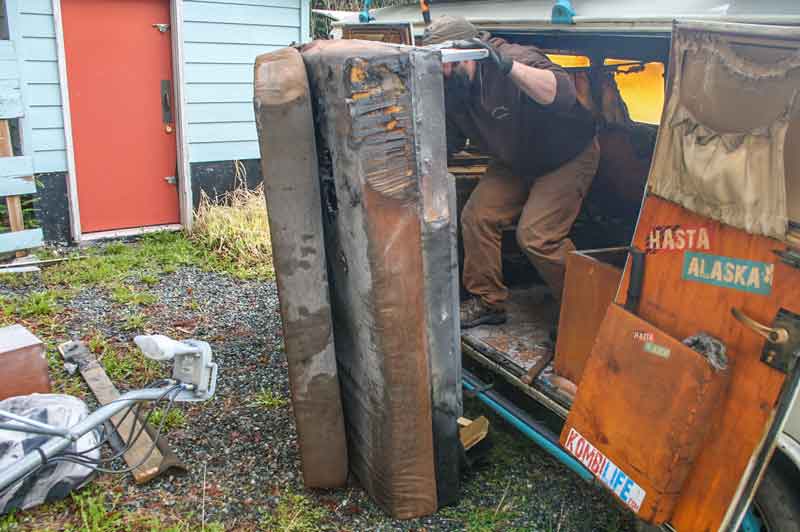 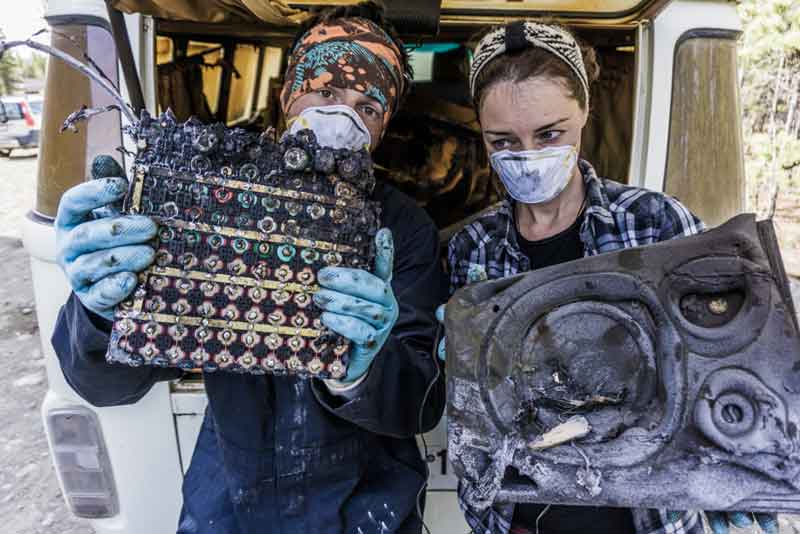 THE CULPRIT– Our solar battery (left) which was under the bed had completely melted. We suspect a cell went bad or the charge controller had somehow over charged the battery. More details in the main episode at the top of this page.

Kombi Life does not blame any 3rd party for this tragedy, and we are grateful for all the help we have had from those around us.

After hearing about the fire Brett here offered his support – In a huge way! Not only did he go and pick up our custom built transmission (in his plane!), he also offered to drive us and the transmission up to where Co’pito was in Haines, Alaska. He even wanted to help with the restoration.

Don’t Miss: Exclusive behind the scenes video and podcast showing what it was like during

the worst ever month in Kombi Life 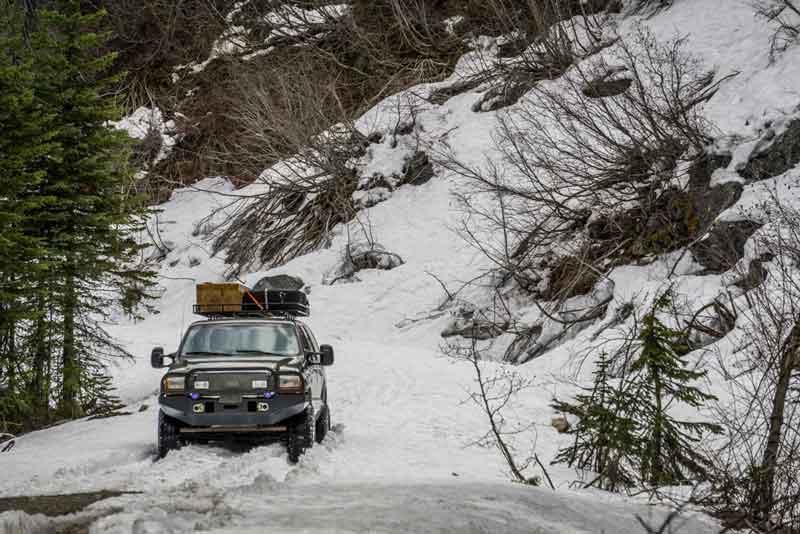 THE RESCUE VEHICLE: Brett’s beast has the power to tow Co’Pito through any terrain – 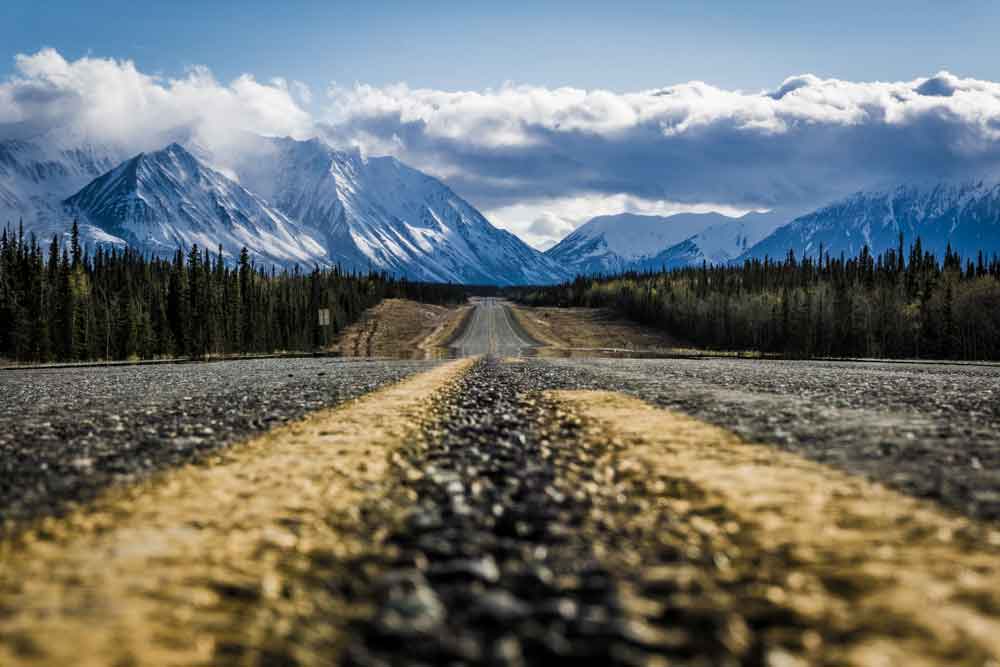 Long roads to Alaska – The scenic 2,200 mile drive to pick up Co’Pito from Haines, AK 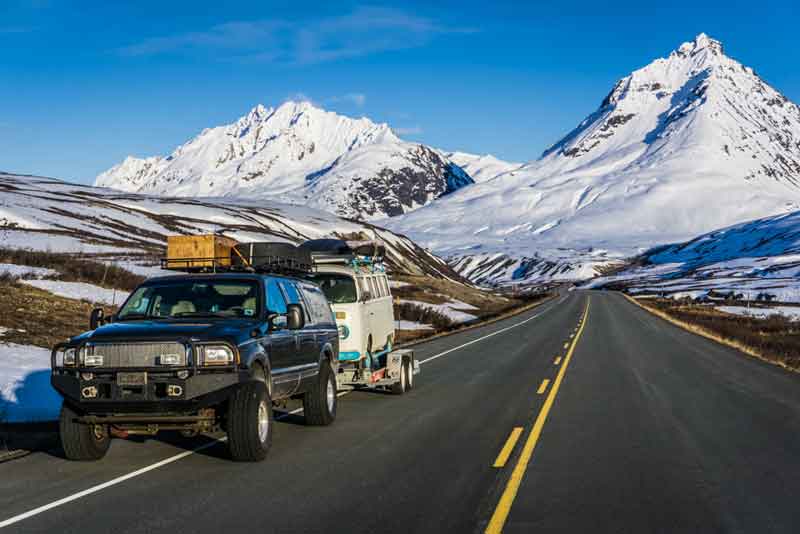 DON’T MISS THE SECOND PART OF THIS STORY – THE RESTORATION OF OUR VW BUS! 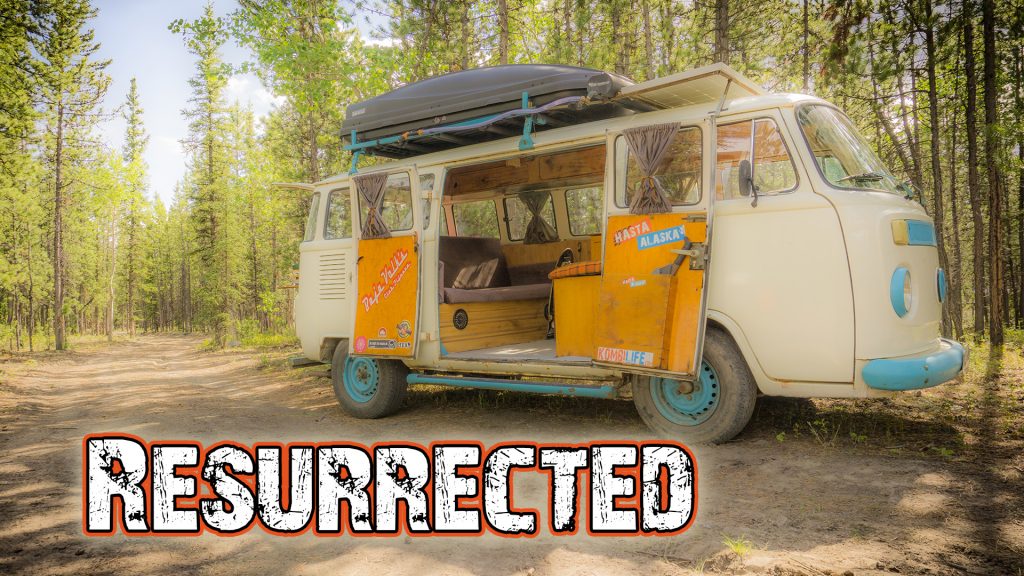 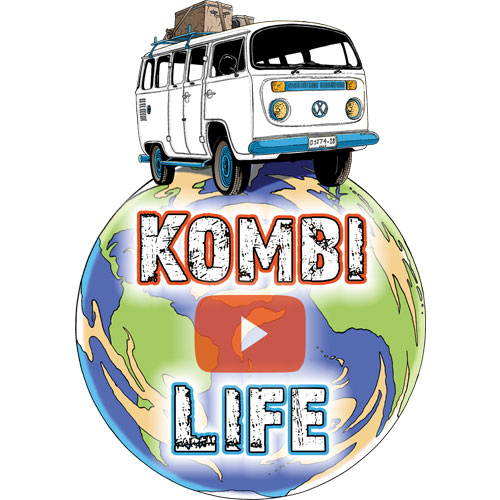 We’re sending out stickers to those of you who wish to support us through this restoration.