SPOILER ALERT – WATCH THE VIDEO BEFORE READING THIS PAGE

Experiences Over Possession! We’re paying forward our Kombi to one of the supporters of the Hasta Alaska Travel series! This shared adventure project wouldn’t have been possible if it hadn’t been for you guys watching and supporting from home. We’re so grateful to our supporters that to say thanks we’re randomly selecting one of you to be the new owner of the Kombi!

To be honest with you, this is a really hard thing for us to do. We are not financially rich, be we are rich in experiences. CoPito was the only real possession we had so from here we once again start from the beginning, as we prepare for an entirely new adventure! If you want to help us us create a new Adventure Travel Documentary and take you on an unforgettable vicarious adventure around the world, please join the Kombi Crew on Patreon – we really can’t do it without you, so if you believe in us, it’s time to join the crew and help us step up our game!

EXTERIOR: PAINTED in 2014, no structural rust 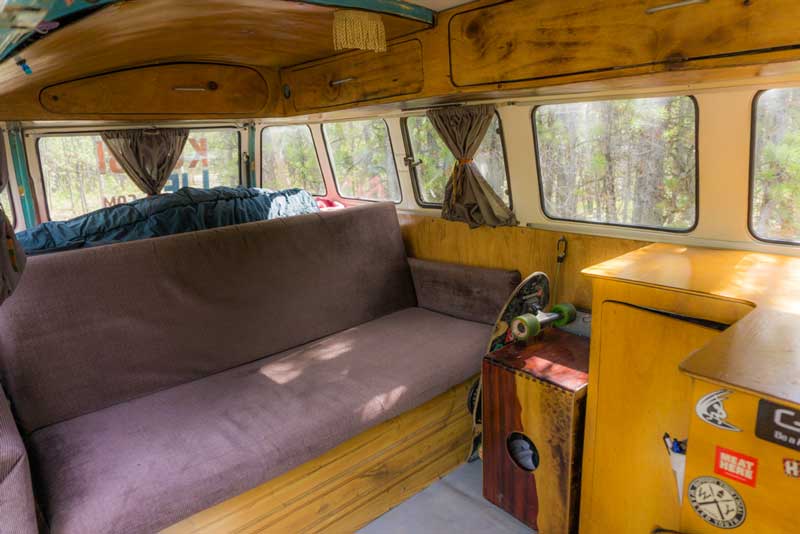 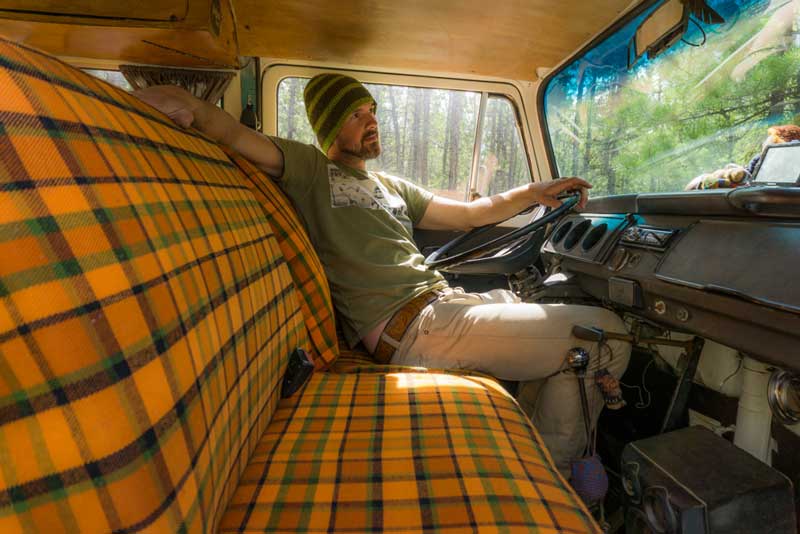 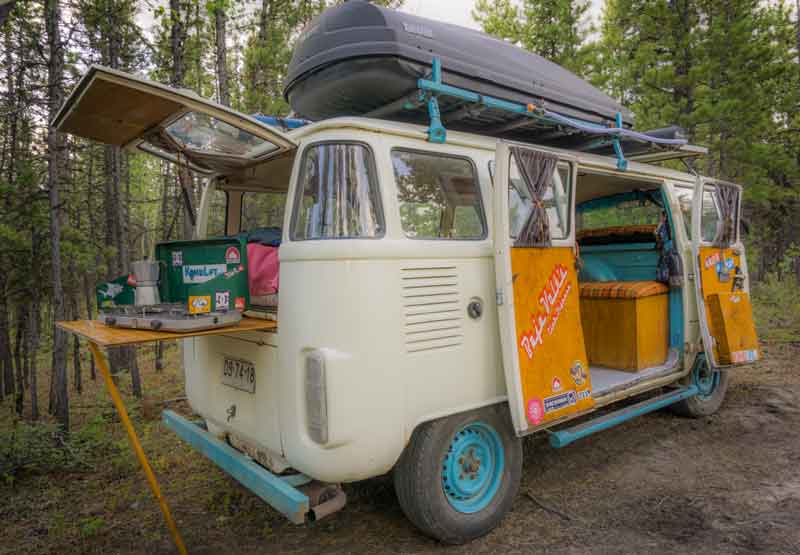 We did a live video with our supporters on Patreon during the handover.

If you like what we do please consider joining the Kombi Crew on Patreon. This type of content is truly only possible with support from you the viewers.

By helping us create the next series you will see BEHIND THE SCENES of the filming from the next series and also the finished episodes as they roll out of the edit room before anyone else in the world. 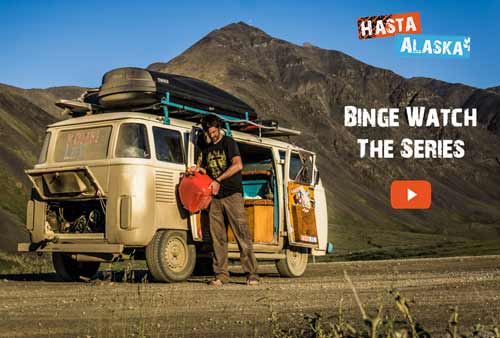 We want to say THANKS to the people who donated towards our production budget to create the Hasta Alaska Travel Series alive so when we finished overlanding and creating the travel series, we randomly selected one of our supporters to be the new owner of our VW Bus.

Doing this also allows us to raise some money for charity, which we will be spending on worthy causes during our next project.

This is a HUGE step for us as our home is the only thing of value that we have in the whole world!

We’re telling you this to put this act into some context and also to show others that you don’t need to be rich to bring positivity into everything you do.

We closed the list of supporters on the 30th September 2016. Grant, the new owner was selected (by random) in October 2016.  Grant quit his job, sold his house to travel around North America with CoPito, his girlfriend Annie and their dog Orla, but a surprise bump in the belly has meant that Copito is headed over to Europe for the first time ever with Grant, Annie and Orla.  Maybe, just maybe we will see CoPito again some day in Europe.  Be sure to subscribe to the Kombi Life YouTube channel to see when and where that happens.

It took some time for Grant to navigate the logistical challenges of uprooting his previous life and to get ready for Life 2.0 so that is why the process has taken several months, which is explained further in the video above.

We kept a record of each US $ that was donated towards our project since we started and for each buck we gave the supporter one chance to win the bus.  The chance to be the next owner of our Kombi is not open to everyone, only the people who had supported the Hasta Alaska Project.

We’re trying to set a good example and inspire other travelers to do as much good as possible, even if you don’t have a lot to give. We are saving 25% of the money generated from the support of Hasta Alaska to pay-forward to good causes that we meet on our travels.  This will all be filmed and documented as part of the next Kombi Life project. 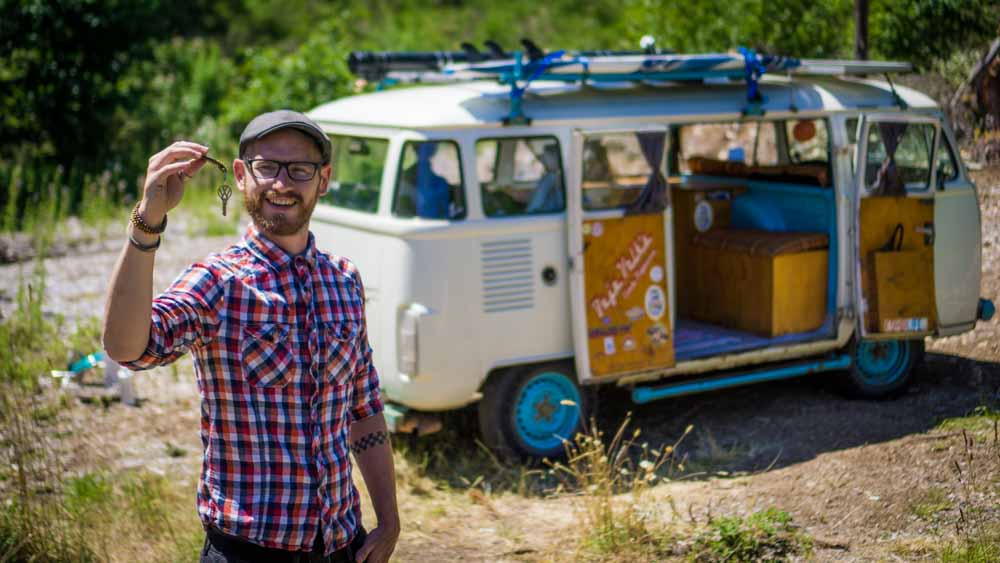 Grant The New Owner of Copito – What a lucky guy!

1. Each supporter will have one chance to win the Bus for each donation of $1 US that was donated to Kombi Life during the project.
2. The new owner will be selected at random from the list of supporters and is to take place at the end of the adventure – List closes on September 30th 2016, selection happening (October 2016)
3. If you are selected, you will do your best to treat the Kombi right, wont you 🙂
4. The lucky person(s) will be responsible for collecting the Bus from North America, unless delivery is requested*
5. The participant is to follow the adventure via our social media channels for further announcements and details.
6. It is understood that the lucky new owner is following the journey (see 5); it is also assumed that you understand that a change of ownership is in good faith and that ownership of the Bus is to be made on a ‘transferred as seen’ basis (you will have already viewed the love and attention paid to CoPito).

7. Title and ownership will be legally transferred via Power of Attorney (bill of sale) it will then be the responsibility of the new owner to arrange importation and registration in the country of their choosing.

10. If the new owner sells the Kombi, the vehicles previous owners (Kombi Life) must be given first right of refusal to purchase the vehicle at a fair market price.

*If required, delivery can be requested on the understanding that the cost of the delivery is the responsibility of the new owner.  Kombi Life will not be responsible for any costs associated with change of ownership or delivery.

We met up with Grant and CoPito whilst we were filming our Around The World Travel Series…they weren’t in American anymore!